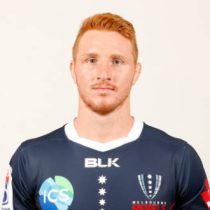 Signed in 2015, Wilkin joined the Waratahs core playing squad with a wealth of experience in both fifteens and Sevens at domestic and international level.

A member of the Queensland Reds Elite Development squad, in 2014 Wilkin was considered a key talent within the Easts Rugby Union Club in Queensland and was part of the Brisbane City side who took hold of the inaugural Buildcorp NRC Championship title.

A powerful-mobile forward, Wilkin earned his first Super Rugby contract when he was signed by the NSW Waratahs in 2017.

He made his debut in Round 15 against the Chiefs as a reserve flanker. Wilkin then held his spot in the side to register six consecutive games, and featured in the Waratahs semi-final loss to the Lions in Johannesburg.

Wilkin joined the Rebels for the 2019 season and played in the side's first five games.