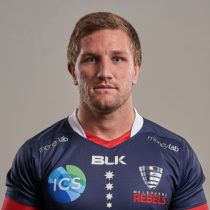 During his final year at St. Josephs Nudgee College in 2013, Tuttle was selected to represent the Australian Schoolboys on their tour of the United Kingdom.

A year later, he was named in the Queensland Country side to compete in the inaugural National Rugby Championship, and appeared in all eight of the side’s matches.

Tuttle toured with the Australian Under-20s squad in 2015 and captained Queensland Country in the second edition of the National Rugby Championship.

In 2015, he trained with the Reds senior squad throughout the Super Rugby season and traveled with the side to South Africa as a member of the squad.

He represented the Australian Under 20s at the World Rugby U20 Championship in Italy. He was captain to Queensland Country in the National Rugby Championship and was elevated to the Reds senior squad for the 2016 season.

In late May 2016, it was announced that Tuttle would lead the Australian U20's in the 2016 World Championship in England.

Tuttle entered the 2018 season with 18 Super Rugby caps since making his debut against the Bulls in 2016.

In March of the same year, he signed a new one-year deal with the Reds, keeping him at Ballymore until the end of 2019.

After 24 games for the Reds, the scrum-half was ruled him out for the season following a re-ruptured Achilles.

In 2020 he signed for rivals Melbourne Rebels.