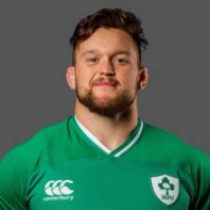 He made Ireland's World Rugby Under 20 Championship squad for 2016, making the final of the competition, impressing with his ball carrying abilities and dominance at scrum time.

Porter has switched over to tighthead and stringed together some impressive performances in the number three shirt for club side UCD.

Weighing in at more than 125kg, the powerful prop has all the physical attributes to make it at tighthead but now must go through the difficult process of learning the technical side of the position.

As of November 2019, he has made 54 Leinster appearances and has scored 35 points.

Porter was then named in Ireland's squad for the 2020 Six Nations with 23 caps.