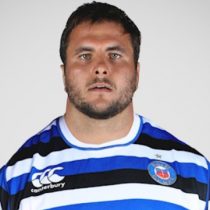 After some impressive performances with Affies, Schoeman was selected for the Blue Bulls U19 Craven Week sides in 2008 and 2009.

Following Craven Week he was named in the South African Schools High-Performance squad and went on to make 14 appearances for the Bulls U19 Currie Cup side between 2009 and 2010.

Schoeman made his Currie Cup debut against the Sharks during the 2011 competition. In 2014 he represented the Bulls in the Vodacom Cup before signing a deal with the Sharks for the 2015 Currie Cup.

Schoeman made a further 5 appearances during the 2017 Super Rugby season and has been included in the squad for the 2018 season.

Schoeman made 44 appearances in Super Rugby for the Sharks by 2020 before he made the move to Premiership club Bath.