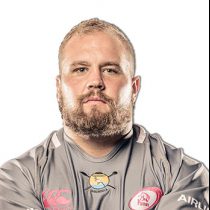 Albertse grew up in KwaZulu-Natal and earned his first provincial selection in 2007, when he represented KwaZulu-Natal Country Districts at the Under-18 Academy Week. In 2008, he was selected by KwaZulu-Natal for the premier high school rugby union tournament in South Africa, the Under-18 Craven Week held in Pretoria.


After school, he moved to Johannesburg where he joined the Golden Lions Academy

Albertse moved to Pretoria to join the Blue Bulls prior to the 2012 season. He was named in their 2012 Vodacom Cup squad but didn't appear in any matches. He was once again named in their squad for the 2013 Vodacom Cup and he made his first-class debut by playing off the bench in their opening match of the competition, a 40–32 victory over Griquas in Kimberley.


Albertse then moved to France, where he joined a Pays d'Aix side that was newly relegated to the third-tier Fédérale 1 for the 2013–2014 season. He made his debut for them by playing off the bench in their 10–24 defeat to CS Vienne.


He helped the side to promotion to the Pro D2 and Aix changed their name to Provence Rugby and he made seven appearances for the team in the Rugby Pro D2 competition.

In February 2016, Albertse played his last match for Provence, helping them to a 30–16 victory over Aurillac before leaving the club to return to South Africa.

He made a total of 39 appearances for the team, without scoring any tries during his time there.


Upon his return to South Africa, Albertse joined the Port Elizabeth-based Super Rugby franchise the Southern Kings for a trial period and a week later, he was included on the bench for their opening match of the 2016 Super Rugby season against the Sharks.

After the 2016 Super Rugby season Albertse joined the Pumas.