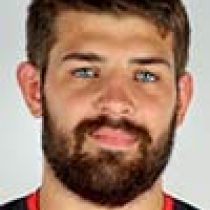 Kerry turned his back on football, having been part of Millwall's academy before moving to New Zealand, where he was part of their rugby development side.

The Kent-born lock joined Warriors’ academy in November 2013 from New Zealand side Bay of Plenty but had a heart scare just two months later, which needed surgery.

He was taken ill playing for Worcester against Leeds Carnegie in the Premiership Rugby Under 18s Academy League.

Kerry, who came through the academy at Sixways and made five first-team appearances, headed for France in June 2015, where he joined Oyonnax.