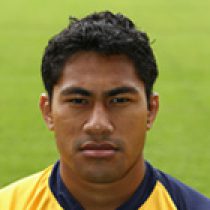 Primarily operating at either flyhalf or centre, Ravai Fatiaki attended the Lelean Memorial school in his early years. SInce graduating he has gone on to represent the full Fijian national side as well as earning a professional contract with Worcester Warriors in the English Premiership. Fatiaki was a member of the Fijian squad for the 2011 Rugby World Cup in New Zealand.