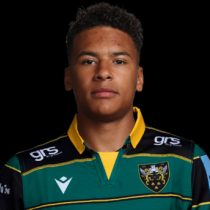 Reuben Bird-Tulloch joined Northampton Saints' Senior Academy ahead of the 2019/20 season, making the switch to Northampton from fellow Premiership side Saracens.

The English-qualified centre was part of the Academy set-up at Allianz Park since the age of 13, also captaining England at both Under-16 and Under-17 level.