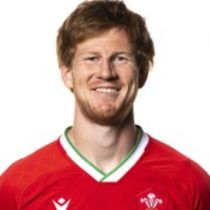 Gaining international honours at U18 and Wales Sevens the Ysgol Gyfun Gymraeg Glantaf product has stormed onto the domestic scene with a man-of-the-match performance at fly half on his RaboDirect PRO12 debut against the Newport Gwent Dragons at the beginning of the 2012/13 season.

Patchell was awarded Cardiff Blues most promising player of the year in 2013, followed by a call up to the Wales senior squad for their summer tour in Japan.

Rhys went on to get his first cap for Wales in the tour of Japan in 2013. Patchell is a regular starter for the Blues and his third in the all-time scoring records with Nicky Robinson and Leigh Halfpenny currently ahead of him in the standings

Patchell signed for the Scarlets ahead of the 2016-17 season from the Cardiff Blues where Patchell has played since 2012, scoring 615 points in his 83 appearances. Before his departure from Cardiff, Patchell was the Guinness Pro12’s leading points scorer with 175 points in 2015-16.

The Welsh speaking fly half is known for his willingness to attack the line, bolstered by his blistering pace and an eye for space. In December 2017, Patchell put pen to paper on a new deal with the West Wales region, he has made 34 regional appearances since joining ahead of the 2016-17 season.

He made his home international debut against South Africa in the same month, winning his 5th cap for Wales & Patchell was then named in the Wales 2018 Six Nations squad.

Patchell reclaimed his place in the Wales squad after the 2019 Six Nations and went on to feature for his country at the World Cup taking his test cap tally to 19 scoring 82 points, including two tries.