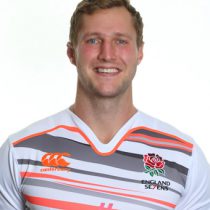 De Carpentier signed a long-term contract to remain at Worcester in January 2013. Standing at 6ft 4in and weighing in at 16st 7lbs, previously played at Leicester Tigers and had a spell on loan at Nottingham in the RFU Championship. A former England Students captain, the big forward played a key role for the England Sevens set-up in March 2013 at the Hong Kong and Tokyo Sevens. He started all four LV= Cup matches for Warriors during the 2012/13 campaign and made his Aviva Premiership debut against London Welsh on the final day of the season.