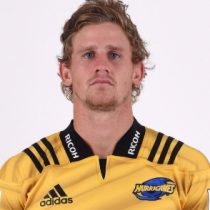 Judd was a loan player to his native Thames Valley in the 2014 Heartland Championship. With 23 games for the Swamp Foxes under his belt, he shifted from Waikato's Te Awamutu club to Onewhero.

He impressed enough to be called into the Cavaliers programme and has since done everything asked of him to start most of the Steelers matches.

Judd was in impressive form during the 2017 Mitre 10 Cup season and earned a spot in the Hurricanes extended training squad for the 2018 Super Rugby season.

He was then included in the squad to face the Crusaders in Round 4 of the competition.

He debut against the Crusaders and made another two appearances and was later confirmed as part of the Hurricanes 2019 squad.