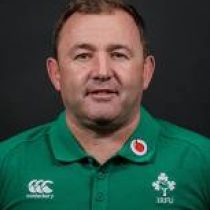 A former Leinster out-half, Richie Murphy was educated in Presentation College, Bray where he captained his school to the 1990 Leinster Schools Junior Cup.

He has been working with the Senior Ireland squad for the last number of years as Skills & Kicking Coach and has played a key role in the development of such home-grown kicking talent as Jonathan Sexton and Ian Madigan.

Richie has been an important part of the backroom team for the province’s Heineken Cup successes in 2011 and 2012.

Richie was a member of the backroom staff for Ireland’s 2014 RBS Six Nations Championship-winning campaign and has worked with the side since.