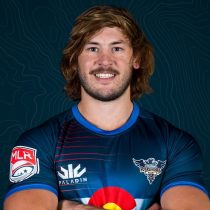 A young and talented flyhalf Robbie Petzer came out of Afrikaans Hoerskool in Kroonstad.

He was named in the Cheetahs Supersport Challenge Cup squad having represented Griffons, Griquas and Western Province at youth level.

Petzer was a late call up into the Cheetahs Currie Cup squad to face the Golden Lions after the Cheetahs had an injury crisis at flyhalf.

He started on his debut against the Lions and scored 11 points.