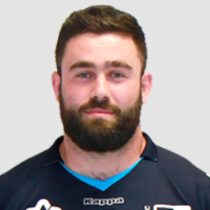 Ruffenach was born in September 1994 in Tours.

After 67 appearances for Biarritz, the former French U20 international signed a contract with MHR for three seasons until 2019.

In 2016, Ruffenach was put on the development list due to his promising potential, highlighted by the France national team coaches.