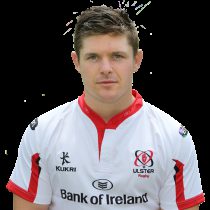 Brumbies front-rowers have enjoyed some heavy northern hemisphere influence in their scrummaging throughout 2012, with Irish native Ruaidhri Murphy cementing himself in the match day 22 from week one of the season.
Previously serving a tough scrummaging apprenticeship in the United Kingdom with Exeter and Ireland with Leinster he came to the brumbies notice in 2012.
A former Irish aged grade representative at Under 19’s and 20’s, Murphy’s potential to play top flight rugby is difficult to question.
A stocky, strong chap who excels in the gym and on the training paddock, Murphy is a relentless worker, good listener and the type of footballer other players like to be around.
Due to his Irish heritage, Murphy is currently ineligible to represent Australia and comes to the Brumbies as their marquee international player.
The winner of the ‘2012 Call it Like Clarkie’ has garnered support from right around Australia.