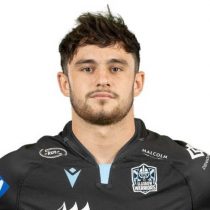 Born in Boston, McLean combined his time in the FOSROC Scottish Rugby Academy with his studies at the University of Strathclyde.

Equally comfortable at full-back as he is on the wing, the former Merchiston Castle pupil caught the eye of fans and pundits alike with a series of electrifying displays in the 2020 U20 Six Nations.

His blend of rapid acceleration and footwork has seen him become a key component of the Scotland age-grade setups, representing his country at U18 and U20 level.

Rufus McLean signed his first professional contract in joining Glasgow Warriors in the summer of 2020, graduating from the FOSROC Scottish Rugby Academy setup.


McLean made his debut for Glasgow in January 2021 against Edinburgh.