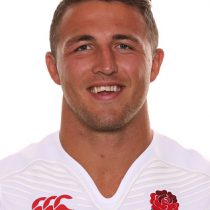 Burgess started off his career at Bradford, where he shone in the Super League. He then moved to South Sydney Rabbitoh's, where he has become a household name in the NRL. The England Rugby League international will follow a number of players by switching codes in October when he will join Bath. Burgess is quick,tall and powerful and has all the tools to make it in Union. Having just played a handful of games for Bath and scoring a try he was selected for the England Saxons side in January 2015. After securing a starting spot with Bath in the 14/15 season, Burgess has been called up to the England squad ahead of the RWC 2015.