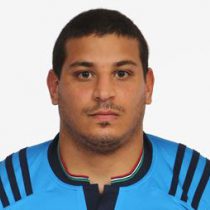 Panico won the 2013 Italian National Under 20 Junior World Rugby Trophy before being signed by Calvisano in 2013.

The following year, he went to join Zebre Rugby, leaving the Pro12 outfit in 2015 without any appearances.

In January 2017, he was included in the Italy squad for his debut Six Nations tournament, in 2017.