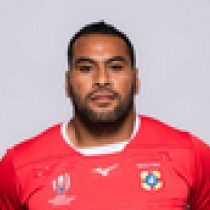 This Tongan halfback plays an aggressive style of game and has an excellent box kick. He was impressive behind the Northland forward pack in the 2012 ITM Cup season catching the eye of the Hurricanes coaches.

At only 29-years old, Fisilau offers extra experience through his international performances with Tonga. He has 15 caps for Tonga and was a member of the Tongan 2011 Rugby World Cup squad.

Fisilau played 33 matches for Counties Manukau from 2008-2011 before moving north to the Taniwha to be a regular in their ITM Cup roster. Bigger than most halfbacks.

The international scrum-half became the latest addition to the Jersey RFC squad for the 2016/17 season.

Fisilau will be leaving Jersey Reds at the end of the 2016/17 season.