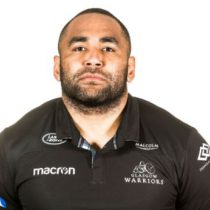 Vunisa began his professional career in 2009, playing for New Zealand side Taranaki in the ITM Cup. He went on loan in the 2011-12 rugby season to Rugby Calvisano in Italy, and impressed as his team won the top level domestic league and the Excellence Trophy.

In the Summer of 2012 he returned to Calvisano for the 2012-13 season and has been playing his rugby in Italy ever since.

Powerful and athletic, Vunisa is an option across the back-row due to the combination of his speed, ball-carrying ability, physical strength and ability at the breakdown.

In 2015 he was included in the Italian squad for the Rugby world Cup in England, earning three cups during the tournament.

Following the conclusion of the World Cup, Vunisa spent two years with Saracens in the Aviva Premiership.