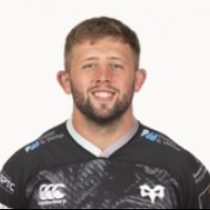 A product of the Ospreys development pathway, Otten played for Waunarlwydd and Pentrehafod Comprehensive School in Swansea as a youngster, graduating to senior rugby through the District set-up and regional and international age-grade structure, going on to feature regularly for Swansea in the Premiership.

His full Ospreys debut came almost two years ago, as a replacement in a 34-9 win over Cardiff Blues at the Liberty Stadium in March 2014.


He had another 16 months to run on his existing contract, his first as a professional, but was rewarded for his progress.

In May 2019, he signed a new undisclosed deal with the Ospreys.

Following 110 appearances for the Welsh region, Otten announced his retirement from professional rugby with immediate effect.

He suffered a career-ending neck injury against the Dragons in January 2021.