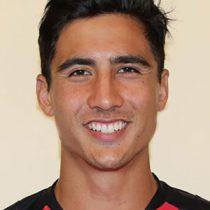 A student, Duke transferred to the University of Victoria to complete his BSc in Kinesiology after 4 additional years due to rugby commitments.

He made his Sevens Series debut for Canada in 2009, and over the course of seven years, Duke played in 200 games for Canada on the series scoring 622 points, the third most in Canadian history.

In September 2016, he officially announced his retirement from rugby to begin studying for his MD at the University of British Columbia.