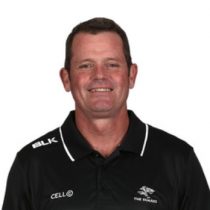 Sean Everitt has been a long time member of the Sharks working with a number of sides in the franchise since 2008.

Everittt joined the Sharks' Currie Cup squad for the 2008 Currie Cup where he was the backline coach of the side that won the competition.

A year later he was the head coach of the U19s, U21s and the Vodacom Cup side.

He guided the side to two finals with the U21s and again worked as the backline coach with the Currie Cup side that again won the competition in 2013.

In 2014, Everritt joined the Sharks Currie Cup and Super Rugby coaching set up once again and helped the Sharks reached the quarter-finals of Super Rugby in 2016 operating as the attack and backs coach.