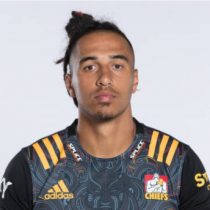 Wainui was a member of the Takapuna Grammar School 1st XV in 2011, 2012 and 2013 and was awarded North Harbour's 2013 Māori Colts Senior Player of the Year whilst still in school.


The talented and electric outside back Sean Wainui first represented New Zealand on the world stage after playing for the 2015 New Zealand Under 20 team, who won the World Rugby Junior World Championship in Italy, where New Zealand beat England 21–16 in the final. Returning from the Italy he joined the Māori All Blacks for the first time in 2015.

In 2018, Wainui missed out on a Super Rugby contract but featured in the tournament after an injury crisis at the Chiefs and has since become a regular starter for the franchise.

By the end of the 2020 Super Rugby season, Wainui had been capped 38 times by the Chiefs and had played over 50 Super Rugby matches between his two franchises.

Off the back of a fantastic season, he was named the Chiefs' player of the year and was rewarded with a contract with the side through to the end of the 2022 season.