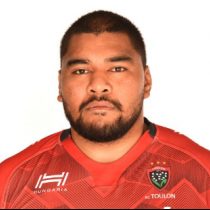 Sebastien played for Perpignan from 2011 to 2014 before signing for Bordeaux Begles.

In November 2017, he was selected for the French Barbarians to face the Māori All Blacks at the Stade Chaban-Delmas in Bordeaux.

He received a call up to the senior side a week later to face the Springboks. He made his debut off the bench against South Africa and featured in the test against Japan a week later.

Taofifenua did not feature for France during the 2018 Six Nations or the tour to New Zealand.

The front-rower joined Toulon ahead of the 2018/19 season and linked up with his brother at the club.