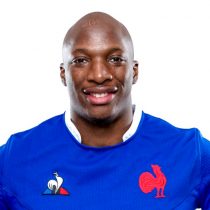 A product of RC Massy's Academy that continually producing superb players and Sekou Macalou is no different.

Having impressed with the France u20s, Macalou secured a move to Stade France in 2015.

A number of standout performances for Stade Francais earned him a call up to the test squad during the 2017 November Internationals.

He made his test debut against Japan in a 23 all draw but maintained his place in the squad for the 2018 Six Nations.

Macalou didn't add to his cap tally in 2018 but continued to impress for Stade Francais and was recalled into the squad under new head coach Fabien Galthie ahead of the 2020 Six Nations.

He is excellent over the ball, a hard tackler and is rumoured to be one of the quickest players in the Stade Francais side.

He heads into the 2020 Top 14 season having made 87 appearances and scoring 120 points for the French club.

In November 2020, Macalou was recalled to the test squad.