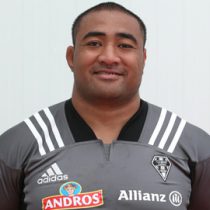 In August 2015, Glasgow Warriors announced that Tongan international prop Sila Puafisi had signed a one-year deal with the club.

The 27-year-old tight-head joined from Gloucester, having made 35 appearances for the Aviva Premiership side since moving to England in November 2013.

Prior to his arrival he spent a year at the Tasman Makos in the South Island of New Zealand.

He was part of the Tonga squad which finished third in the Pacific Nations Cup in 2015 and was selected to play at the Rugby World Cup.

His impressive displays during the Top14 season was not enough to help Brive remain in the top flight of French rugby but his performances did not go unnoticed as La Rochelle signed him ahead of the 2018/19 season.