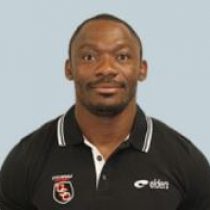 Born in Cote d'Ivoire, Tian impressed for his country of birth at the U21 World Championships in France in 1998. He attracted the attentions of Rodez, who signed him. His big break came after making a 2006 move to Bourg-en-Bresse where he helped the club gain promotion and was top try scorer. A move to Oyonnax soon followed, the first of 2 stints at the club, where he has made over 100 appearances and bagged close on 400 points.

In April 2016 Tian was banned until June 2017 after threatening referee Romain Poite during and after a match. This ban looks set to bring the curtain down on a sterling French club career.