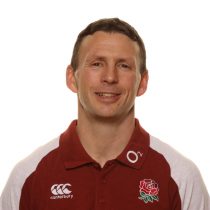 Amor started his rugby career at London Irish where he played as a junior before joining the senior squad. During the summer of 2002, Amor signed a professional contract with Gloucester. He has previously played for Harlequins, London Irish, Blackheath, Coventry and the Rugby Lions. Whilst at Gloucester he was a replacement in the 2003 Powergen Cup Final in which Gloucester defeated Northampton Saints.[1]

In August 2002, Amor represented the England Sevens at the 2002 Commonwealth Games. In December 2004, Amor was the inaugural IRB Sevens Player of the Year.

In August 2005, Amor was instrumental in Gloucester's victory at the Middlesex Sevens.

In May 2006, Amor joined London Wasps, as a replacement for their retiring scrum-half, Matt Dawson. In August 2006, Amor was the key playmaker in London Wasps's victory at the Middlesex Sevens.

In 2008, Amor signed as a player/coach for London Scottish and Head Coach of the England Women Sevens team at the 2009 Rugby World Cup Sevens. He became a Performance Advisor at UK Sport[2] and was appointed on to the Advisory Board of Ultimate Rugby Sevens.

In 2016, Amor was appointed Head Coach of the Great Britain Sevens team who went on to win a silver medal at the Olympic Games in Rio, Brazil.

In January 2020, he was appointed Attack Coach of the England Rugby team, under Eddie Jones ahead of the 2020 Six Nations. He will lead Great Britain during the 2020 Toyko Olympics before rejoining England's coaching staff permanently.