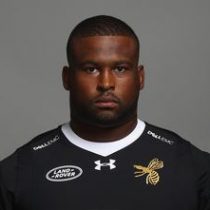 Born in Manchester, England, McIntyre is a powerful prop with an appetite for ball carrying. He started playing at the age of 8 at Broughton Park RFC.

A dynamic member of the front row club, McIntyre's professional career began in 2009 at Sale Sharks and represented England at several underage levels.
Starting his career at tighthead he made the switch to loosehead at Wasps and has gone from strength to strength

McIntyre is capped at U18 level for England.

McIntyre announced long-term contract extensions with Wasps in May 2016 and he surpassed the 150 appearances for the club in the 2017/18 season.