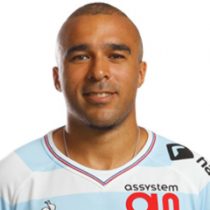 Blessed with pace and tremendous ball skills, Zebo is the archetypal modern winger. He came through the Munster academy and made his Munster debut against Connacht in April 2010.

Zebo rose to prominence after he tore Northampton to shreds, scoring a trio of tries in Munster’s thumping of the English team in January 2012. Zebo won is first international cap starting on the wing against New Zealand in Ireland’s 2012 summer tour of New Zealand. Having initially missed out on Lions selection in 2013, the Munster man was a late call up to the side, as injury cover for Tommy Bowe.

He signed a three-year deal with Munster in January 2013. He cracked a bone in his left foot playing against Edinburgh in the Heineken Cup in October 2013 and made his return as a substitute against Gloucester in January 2014.

Zebo came off the bench a week later and scored the fifth try against Edinburgh as Munster secured a home Heineken Cup quarter-final against Toulouse. He then scored five tries in the four games on his return from injury and was called into the Ireland Six Nations squad midway the 2014 Championship.

He featured heavily for Ireland in the defence of their 6 Nations title in 2015, starting in four of the five games. In the Season 2014/15, he became Munster's leading league try scorer on 23 tries, overtaking the previous landmark set by Doug Howlett. His continued good form in the 2015 season saw him selected in Ireland's 2015 Rugby world Cup.

In early 2016, Zebo ended speculation of a move away from Ireland with a 2-year contract extension with Munster and IRFU. He was named on the wing in Ireland's recent victory over New Zealand, Soldier Field in Chicago, scoring a try in a 40-29 win that ended the 111-year wait for victory over the record setting All Blacks team.

The Munster back has won 33 Ireland caps and has been named in the Ireland squad for the upcoming tour to USA & Japan. In October 2017, Munster announced that Zebo will leave the province at the end of the 2017-18 season with a move to Racing 92.

Zebo prepares to leave after eight years with Munster, during which he made 137 appearances, scoring 295 points.

IRUPA Supporters’ Player Of The Year 2013