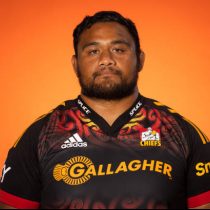 During the 2015 Super Rugby season, he made 2 appearances for the Auckland-based Blues franchise.

Mafileo represented New Zealand Under 20 in the 2013 IRB Junior World Championship in France.

Ahead of the 2017 Super Rugby season the 123 kg prop made 9 Super Rugby appearances and is yet to score his first try.

Mafileo stepped up to make a strong contribution for the Blues in 2017 and gaining his Blues Blazer with 22 caps now.

He made another 10 appearances during the 2018 Super Rugby taking his cap tally to 32.

After 40 appearances for the Blues, Mafileo signed a new deal with the Blues until 2021.

The North Harbour prop will add his considerable strength, fitness and experience to a powerful front row contingent.