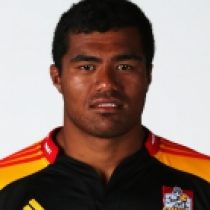 Sakalia made his Super Rugby debut in 2013. The tall prop plays his ITM Cup for Wellington but had limited action in the 2012 competition due to a shoulder injury. The former 2011 New Zealand Under 20 Junior World Championship-winning team member has also represented New Zealand Secondary Schools.

Sakalia has continued to perform for Bay of Plenty in the Mitre 10 Cup.