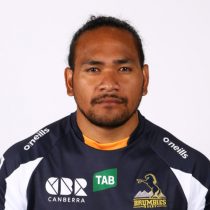 A code hopping star, Solomone Kata was born in Neiafu, Tonga, and moved to New Zealand in 2011 on a rugby union scholarship at Sacred Heart College, Auckland.

The try-scoring machine represented Tonga u20s in the Junior World Championship before switching to rugby league in 2013, signing with the New Zealand Warriors.

Kata played for the Warriors Holden Cup team and was part of the side that lost the Grand Final 30–42 to the Penrith Panthers and in the 2014 Auckland Nines with the first-grade side, before returning to the under 20s competition.

In 2015, he broke into the Warriors senior NRL side with a league test debut not too far away as he played for Tonga against Samoa in the 2015 Polynesian Cup, playing at centre and kicking 2 goals in Tonga's 16–18 loss at Cbus Super Stadium.

Kata finished his debut year in the NRL with him playing in all of the Warriors 24 matches and being the top try scorer with 12 tries in the 2015 NRL season, while mid-year his contract was extended until the end of 2018.

Solomone Kata continued to shine for the Warriors scoring 45 tries in 93 matches for the side prior to a switch to the Storm in June of 2019.

He returned to union ahead of the 2020 Super Rugby season signing with the Brumbies.

Kata enjoyed a sensational start to his Super Rugby career dotting down five times and starting all six of the Brumbies matches before the season was brought to a halt in March 2020.