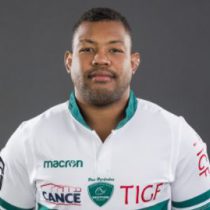 Steffon is known for his abrasive, powerful play as well as his effectiveness at the ruck. Born in Trinidad and raised in the South of France, Armitage has, at the time of writing, 5 caps for England. He began his career at Saracens in 2004 but earned only 5 capes in two seasons.

In 2006 he made the move to London Irish where he earned 134 caps and scoring 135 points in the process. In 2011 he made a move to Toulon, which put him out of contention to play for England. At the time of writing, he has amassed 124 caps for Toulon and become a household name in the process after some phenomenal performances.

In July 2012, Armitage was provisionally suspended for abnormal drug test results, but was cleared to play all the games of the new season with Toulon, both in the Top 14 and Heineken Cup.

Armitage had been named 2013–14 ERC European Player of the Year in May 2014. The following year, Armitage won a third European title with RC Toulon, and was again on the shortlist for European player of the year, but didn't win the title.

2014 European Player of the Year