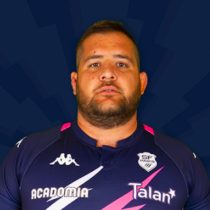 Before being recruited by Toulouse in 2006, Clement played and was trained at the Sports Union of Pays de Gex.

While he was under contract with Toulouse, he was loaned to Rochelle for the 2009-2010 season.

In 2014, he furthered his career with Biarritz where he made 40 appearances before joining Lyon in 2016.

December 2018 saw him sign a three-season deal with Stade Francais where he made 5 appearances by the end of that year.