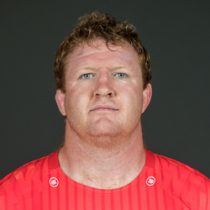 A Cork native & product of the Munster Rugby Academy, Archer secured a development contract for season 2010/11 and moved on to a senior contract at the start of season 2011/12. Since then, Archer has become a club legend at Thomond Park.

Archer made his Munster debut as a replacement against Edinburgh during a Celtic League fixture on 23 October 2009 and went on to make his debut in the Heineken Cup making an appearance off the bench against Castres in Thomond Park in January '12, and then went on to start for Ireland A against England in Sandy Park. His first Irish senior cap came as a replacement against Italy in the 2013 Six Nations in Rome.

Archer finished out the 2012/13 season on the side-line after dislocating a bone in his left wrist in the PRO12 game against Dragons in April. He made a good start to the 2013/14 season and was called into Joe Schmidt's first Irish squad for the Guinness Series earning his second cap against Australia.

At the end of March Archer sustained a bulging disc in his neck at training and completed his 13/14 season rehabbing the injury. He returned to the Ireland squad for the 2014 Guinness Series.

In December 2014, he signed a three-year contract extension with the province. Part of the Emerging Ireland squad that won the 2015 Tblisi Cup in Georgia. Sustained a neck injury against Glasgow in October 2015 that saw him miss much of the season.

He returned to action the following March against Dragons where he won his 100th cap for the province. Featured in Munster A's successful B&I Cup winning campaign in 2016/17. Archer made a fine start to the 2017/18 season and featured in the first 19 games of the season, including his 150th appearance against Ulster.

Rewarded with a two-year contract extension that will see him remain at the province until at least June 2020, he finished the 2018/19 season with 29 Munster appearances, more than any other player.

In November 2019, Archer became just the 11th Munster player to play 200 games for the province against Edinburgh, he signed a two-year contract extension in January 2020 keeping him at the province until June 2022.