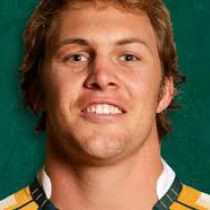 Hoiles returned to the Waratahs after an eight-year gap, the longest absence between caps of any player in recent history. The back-rower played 26 games for the Tahs between 04-06 before moving to Canberra where he earned 48 provincial caps for the Brumbies, whom he captained during his five-year stint in the ACT. Hoiles first represented Australia at sevens in 2001 before making his Test debut in 2004 against Scotland and going on to earn 16 international caps. His return to action in the Tahs’ first game of the season marked the end to a lengthy injury absence, that had seen him sidelined since 2010 by a troublesome Achilles tendon.