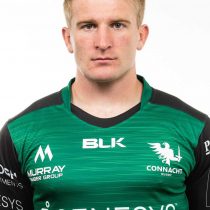 Kerins went through the age grades at Sligo RFC and Summerhill College. In May 2016, he was announced part of the Ireland U20 Squad for World Rugby Championship.

He became the latest player from the Connacht Academy to earn his first professional contract in January 2019 and made his Connacht debut in a European Challenge Cup win away to Bordeaux.