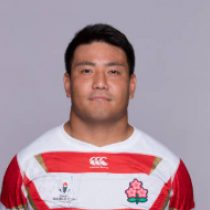 Kitade broke into the Sungoliath squad and has been a mainstay in the side and earned his inclusion in Japan's training squad for the Rugby World Cup.

He was named on the Sunwolves bench to make his Super Rugby debut against the Stormers in round 17 of the 2019 season.

Kitade was named in the Japan squad for the 2019 Rugby World Cup, where he made his debut in the 7-41 loss against the Springboks.