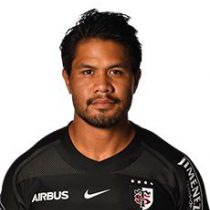 A product of both the Waratahs and Brumbies academies, Gray played two seasons of Shute Shield rugby for Easts before heading up north to France to join Top 14 side Biarritz in 2011.

The big powerful backrower caught the eye of Waratahs coach Michael Cheika who signed him a contract for the 2014 Super Rugby Season.

He only spent one season back in Australia before heading back to France this time with Top 14 side Toulouse.

He became a regular with the side with a number of eye-catching displays.

He heads into the 2020 Top 14 season with 29 appearances for Stade Francais, and has scored 10 points.