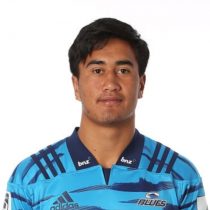 An exciting midfielder from Kaitaia who has been part of the Blues development programme and filled in as early season cover in 2017 season.

The former New Zealand under 20 has made 6 appearances for Northland and in 2017 he earned a Super Rugby contract with the Blues.