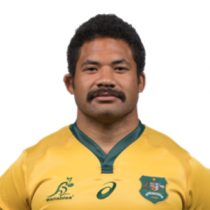 His meteoric rise continued when he was given the rare honour of playing in both the Under-19 and Under-21 world championships in 2004. In 2005, he again played for the Under-21 side and his impressive performances for the national side saw him recognised as the IRB U21 Player of the Year.

The same year, he received a shock call-up to the national side, without first debuting in Super Rugby. The electric young hooker made his debut against England at Twickenham on the end of season tour.

He became the youngest player in NSW Rugby history to register 50 caps for his state, missing just seven games in his first six seasons with the club.

In 2010, his hard work saw him awarded the Matthew Burke Cup for Player of the Year. He is also one of the most popular members of the HSBC Waratahs squad, having won the 2012 Members’ Choice Player of the Year, which was voted on by the general public.

He was selected as part of the Australian squad for the 2015 Rugby World Cup.

In November 2016, Polota-Nau signed to be part of the Western Force Super Rugby squad for 2017, entering the 2017 with 65 points scored in 140 Super Rugby appearances.

Polota-Nau was not offered a new contract with any of the Australian Super Rugby sides at the end of the 2017 season and signed two-and-a-half year contract with Leicester Tigers beginning in December 2017.

He made 14 appearances for the Tigers in his second season with the club before he was recalled to the Wallabies squad for the Bledisloe Cup where added to his 89 Test caps.

In May 2020, it was confirmed that Polota-Nau would leave Leicester Tigers at the end of the season.