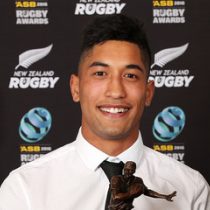 The pacey winger scored 12 tries in 11 games for Wanganui during the Heartland Championship and will be looking to make a similar start to his Mitre 10 Cup career.

2016 Heartland player of the year