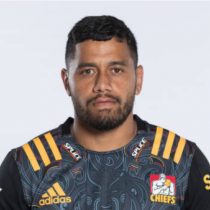 Te Toiroa Tahuriorangi is a product of Rotorua Boys High School. He was a key member of his Schools 1st XV, with his strong performances earning him selection into the Chiefs U17s squad.

After the end of High School, Tahuriorangi moved to Taranaki where he played for the New Plymouth Old Boys Premier Team in 2014–15.

Consistently impressive performances saw him selected for the New Zealand U20s in 2015, where they won the World Rugby Junior World Championship. Later that year he was selected as part of a strong NZ Barbarians team that won 34-17 against the Maori All Blacks.

In what later proved to be an breakthrough year, Tahuriorangi was announced in the 2015 lineup for Taranaki in the ITM Cup as well as Hurricanes for 2016 Super Rugby season.

He made his Hurricanes Super Rugby debut in March 2016, in what proved to be his only appearance that season. TTT would play a further 9 times for the Canes in the 2017 Super Rugby season and started the historic match against the British and Irish Lions.

A member of the Ngati Pikiao iwi, Tahuriorangi then went on to debut for the Maori All Blacks in 2017 against the British and Irish Lions.

In August 2017, 'Triple T' signed with the Chiefs on a two-year deal, having spent two seasons at the Hurricanes, starting against the British & Irish Lions, as well as making 10 appearances in Super Rugby.

The promising halfback also has experience playing under Chiefs coach Colin Cooper with Taranaki, as well as being named in the Maori All Blacks squad for the 2017 New Zealand Lions Series.

Tahuriorangi helped Taranaki win the Ranfurly Shield and a home semifinal in the Mitre 10 Cup and was once again named in the Maori All Blacks squad.

In May 2018, 'Triple T' received his first call up to the All Blacks squad for the 2018 June Internationals.

He made his test debut against Argentina. In May 2019, he announced he had re-signed with New Zealand Rugby until 2021. He was also named in the Chiefs squad for the 2020 Super Rugby season with 42 caps to his name.

In May 2020 he signed an undisclosed deal with Bay of Plenty.

In August 2021, Te Toiroa Tahuriorangi signed a deal to join the Crusaders ahead of the 2022 Super Rugby campaign.