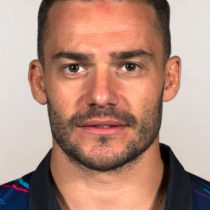 Terry started playing professional rugby at Stade Français in 2006 and joined Béziers in 2010, but it was a phonecall from France Sevens coach Frederic Pomarel a year later that would change his career.

He signed a contract with the France 7s team and went to make his international debut in sevens during the 2010 Dubai Sevens.

2016 saw him attend the Olympics Games, becoming the top scorer of the competition with 43 points, one more than the South african Cecil Afrika and top try scorer of his team with four tries.

Bouhraoua has signed for Stade Francais for the 2017/18 season.