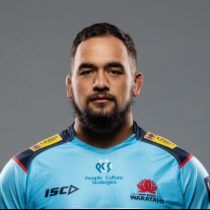 Born in New Zealand and raised in Victoria, Faulkner finished his schooling in Canberra and played Australian schools, 19s and 20s between 2006 and 2008.

The loosehead prop went on to represent Australia Under-20's at the inaugural IRB Junior World Cup and was contracted with the Waratahs development side before joining the Western Force and making his debut for the franchise in 2011 against the Rebels in Melbourne.

A hardworking prop, Faulkner became a regular first-teamer for the Force over the next few seasons and he was rewarded with a first Wallabies cap against Wales on the 2014 Spring Tour.

He went on to make 70 Super Rugby appearances for the side, scoring 10 points in the process before he signed a two-year deal with the Melbourne Rebels.

Faulkner played a further two caps for the Wallabies in 2017. After following Dave Wessels to the Melbourne Rebels in 2018, Faulkner played the majority of two seasons for his home state’s team before an offer to join the Waratahs came midway through 2019.

A 10-season professional career that has seen him previously play the Western Force, the Melbourne Rebels and four Tests for the Wallabies, Faulkner raised the bat for his 100th Super Rugby appearance in the Waratahs opening game of the 2020 season.