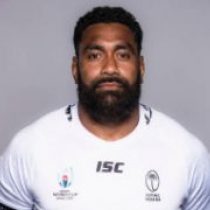 Cavubati made his debut for Fiji's senior team back in 2011 before taking a break from international rugby. The second row then returned for international duties in 2014 against Wales. He was named as part of Fiji's squad for the 2015 RWC.

After playing for Welsh region Ospreys in the Pro 12, Cavubati signed for English club Worcester Warriors from the 2015–16 season.

Cavubati has made 24 appearances in his two seasons with Worcester, having played for Welsh Pro 12 side Ospreys prior to his Rugby World Cup 2015 commitments.

Following Newcastle's relegation to the Championship, the lock signed with the Harlequins for the 2019/20 season.

February 2020 saw him extend his contract with Harlequins ahead of the 2021/22 Premiership season.