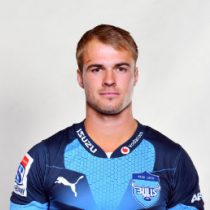 After school, he was named in the Bulls Vodacom Cup squad.

In 2016 he was selected in the Tuks Varsity Cup squad which lead to his selection in the Currie Cup Qualifying competition.

He once again was selected for Tuks 2017 Varsity Cup.

He was included in the Bulls 2017 Currie Cup squad.

In 2018 he was involved with the Bulls Super Rugby squad during preseason.