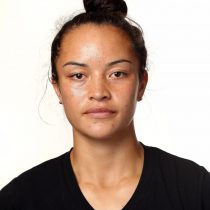 A provincial champion with the Auckland Storm, Fitzpatrick started out her rugby at the famed Ponsonby Club in Under 10s.

After joining the Auckland Sevens programme in 2013, she made her Black Ferns Sevens debut in 2016 at the Atlanta Sevens.

She was selected for Rio and was part of the team to win a historic silver medal at the Olympic Games.

Sister to former Silver Fern and Samoan Sevens player Sulu Tone-Fitzpatrick, she featured in the 2017 Women's World Cup with the Black Ferns.